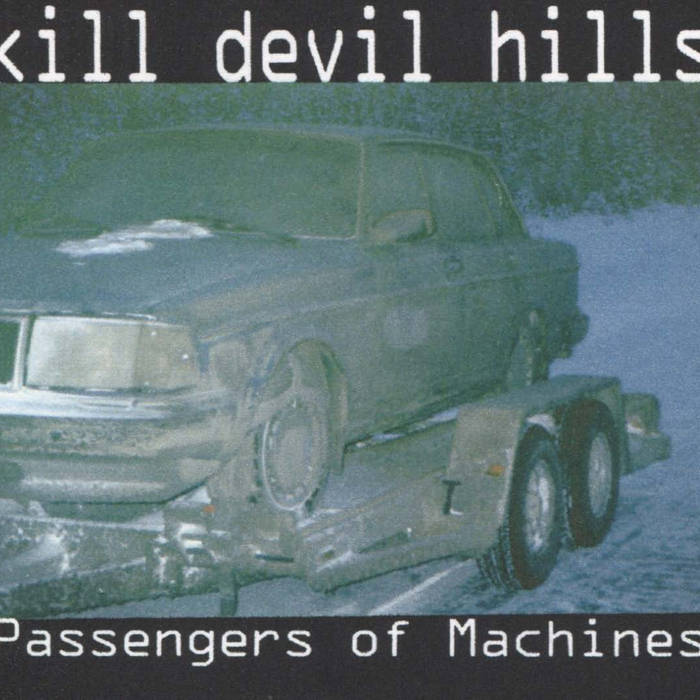 The PASSENGERS OF MACHINES EP, KDH's final recording, was completed in April of 2002, just before the band's final tour and Andrew's subsequent departure to Florida to join AGAINST ME!--which ended the band amicably. The POM EP was cut over two days by Nathan Whitehead at The Eggplant Company in Nashville, TN, with the assistance of Jon Brawner. Alisa Dyer played viola on "Every Six Months." Our friend Michael Acree was cool enough to let us cover his great song, "Run Back Home," the only cover we ever tackled, even performing it with us live at our last show, that May. For this final show, we played outside on the deck in front of our home base, the venerable Red Rose Coffee Shop (RIP) in Murfreesboro, Tennessee, where our friend Karen Van Etten tended bar and served up a mean PBR before taking the world by storm. The Red Rose and our local crew there, led by Mr. Murfreesboro himself, Bingham Barnes, who brought so many good bands through town in those special years (late 90s/early 00s) for underground rock in the Boro, always made leaving or returning from our sometimes lengthy tours a lot better for us...because people actually showed up when we played! Matt Bakula, our honorary fourth member, helped us out in so many ways, in at least three different vans on DIY tours and nearly 200 shows in 37 states, as did Jon, when he was able to get away. Greg Price paid for the color photo/lyric inserts, but the EP was never properly released, so we ended up just burning CDRs and handing them out to our friends. Chuck Bruner helped us again with the photo layout. Photos by Matt and the band, except for the cover photo of the Volvo in Alaska, by LAGDM. KDH was, as always, Travis Walker, Andrew Seward and Chris Driver. We had a blast. Thank you for listening.

Bandcamp Daily  your guide to the world of Bandcamp

outré black metal, with a Victory Over the Sun interview and music from Liturgy and Jute Gyte.